This year our 12th night lunch was taken at Fourchettes et Couteaux at Lalbenque. A most enjoyable meal with plenty of conviviality. ... More

Members profited from a free bus trip to Toulouse to do their Christmas shopping and see the lights at the Christmas Market ... More

A guide tour of part of the vineyard was follwed by an in depth tour of the wine making cellars at Chateau Chambert ... More

Members enjoyed a sail down the River Lot in the area near Fumel on a Gabarre, our guide explaining the history, flora and fauna ... More

Members were enthralled by the the talk on two historical battles from 100 years ago which took place at a small village, Villers-Bretonneux ... More

45 members enjoyed lunch at Restaurant Lou Boudié at Bach on June 26 to celebrate the end of the Atelier year ... More

Reception with the Prefet

On 26 March members of F-GB and other English business people in the Department of the Lot, were invited by the prefet ... More

Over 60 people listened to a wonderful concert given by 'Ensemble Vocal de Gaia' in the Eglise de St Barthèlèmy on 30th November 2018 . ... More

Perfect weather for our Soirée d'été held in Richard and Trish's garden. ... More

A full day out for 27members having a billingual tour in the morning of Chateau Beynac. ... More

The village of Conques

The visit by bus to the beautiful village of Conques was somewhat spoiles by torrential rain, but. ... More

Sacred places in the Lot

50 members including a few guests assembled in the garden of President of F-GB', Michel Bellenger. What brought them here? ... More

The hot sunshine had everyone running for shade during a guided tour of the Gardens of Colette, near Vartez on June 22nd ... More

50 members of the language Ateliers and their animatrices and animateurs enjoyed a very agreeable meal at the Restaurant of the Hotel Aquitaine on 13 June ... More

President Michel Bellanger got together a group of 4 friends, who are also members of F-GB, to give a very toe tapping concert at the Salle des Fetes, Le Montat on June 1st ... More

This was a very full day. on 18 May. Members started with a tour and wine tasting at Vinovalie Caves d'OLT in Parnac. ... More

A three day event in the region of Degagnac. The 13 April saw members in pleasant sunshine, gathering for a guided walk through one of the Espace Naturel Sensibles' in our area at Le Frau. ... More

On March the 16 two members gave a talk on their recent trip through the Five Stans along the Silk Road. Over 50 members immersed themselves in the history of this region from 3,000 BC to the present day.. ... More

For the first time an Art Exhibition was held before and after at the AGM on February 16th at the Espace Clement Marot in Cahors. It was our best ever attendance for an AGM. . ... More

51 members had a very tasty lunch on January 6th, 12th night, at L'Esprit Du Cause in the village of 'Concots'. The ambiance was warm and friendly making the whole event very enjoyable. This was organised by Lucie Poncet.. . ... More

21 English and 20 French members had a guided tour in their own language of the latest reproduction of paintings discovered at Lascaux in 1940. All agreed that they were marvellous. ... More 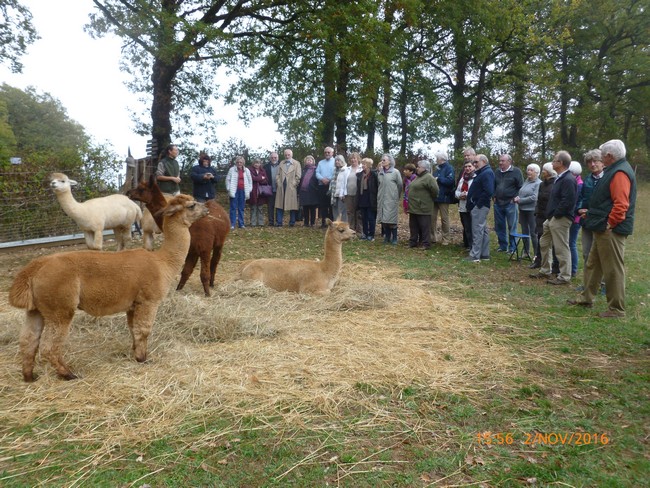 The Visit to Les Alpagas du Quercy at Frayssinet-le-Gourdonnais took place on 2nd November. After hearing how the Alpagas are reared .... more 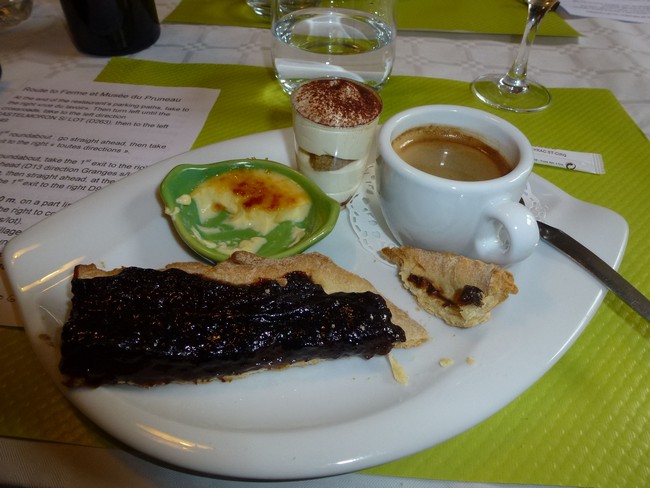 The visit to the Ferme et Musée du Pruneau took place on 14 October at Lafitte sur Lot. The guided tour gave a real insight to ... more 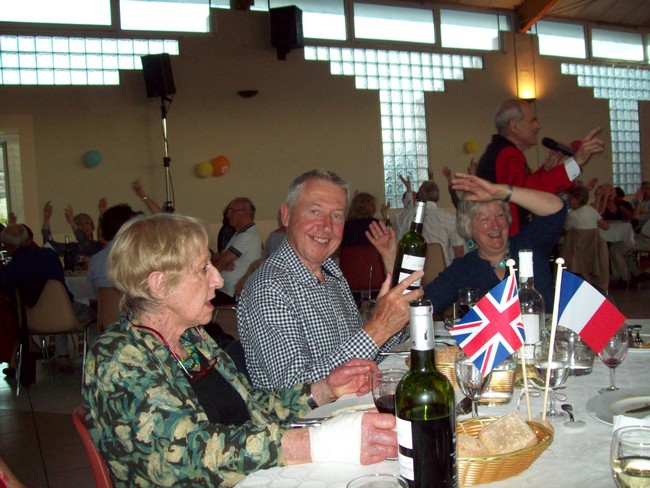 During the weekend of June 25 and 26, 2016, the Association France-Grande Bretagne, Quercy, celebrated 40 years since the inauguration of .... more